The Do335 “Arrow” was the fastest piston-engined plane of WWII. Seen in person, it is a beast to behold. It stands more than 16 feet tall and a 6-foot tall man can walk under the nose without ducking.   Heavily armed with two 20mm and three 30mm cannons, it was capable of speeds up to 475mph. Fortunately for the allies only a few were made because the Dornier factory and engine plant were repeatedly bombed. There is one surviving example, restored by the Dornier company in 1975 which is now on display at the Udvar-Hazy museum in Washington DC alongside the only surviving Arado 234 jet bomber and the incredible He219 UHU (also available from Rabid Models!). 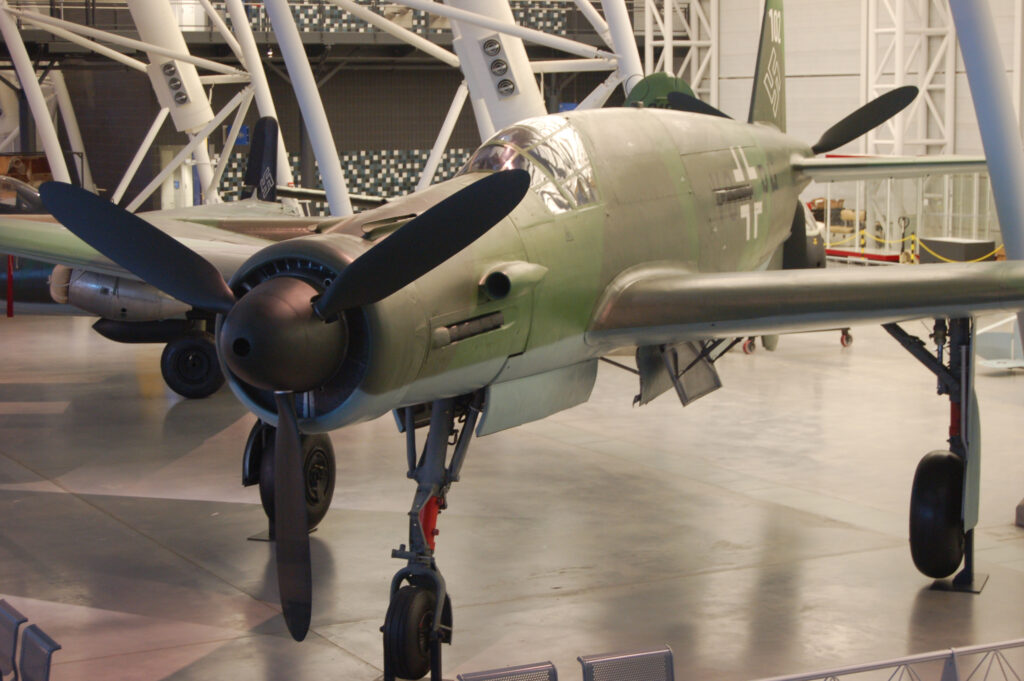 This is a hand-cut kit (not laser-cut). It uses a single carbon-fiber rod spar (included). There is additional reinforcement for the tail area. Due to the two props being in line with each other, the model makes a distinct “howl” when flying and it requires a working dual rudder.

This short video is of the very first flight with this plane, before it had a working rudder. Its not a very long video but it gives an idea of what this model looks and sounds like.

This is another video that was shot at the 2008 KIEF indoor event. I was dodging other planes and couldn’t open up the throttle, there just wasn’t enough room – but you can see what it looks like in the air.

The prototype used dual sour-cream containers to make the plastic cowls for the nose (not included with the kit).  The model is a dual-cockpit version but can easily be converted to the single-cockpit version simply by cutting off the second cockpit.

Custom-designed scale 3D-printed front and rear spinners for the 9×7 props are available for this model (not included with the kit). 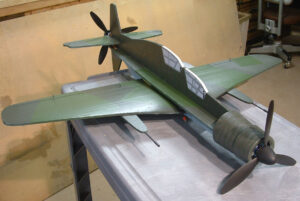 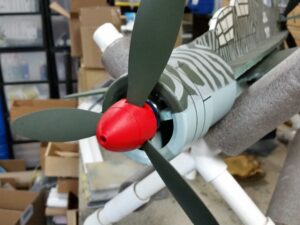 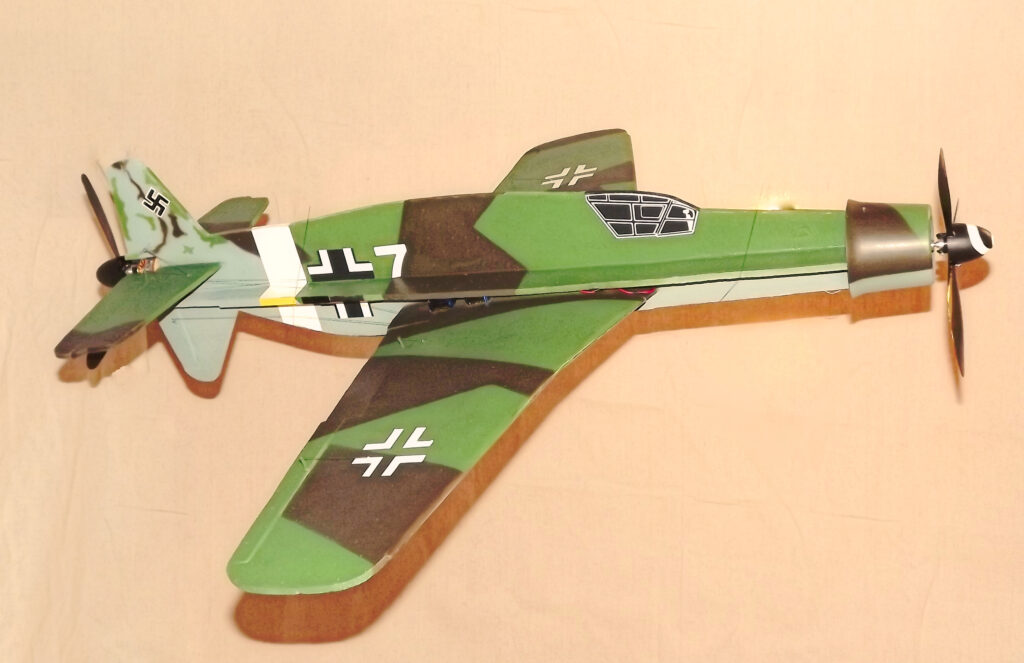