The famous ME-262 was the world’s first jet-powered warbird in combat and was way ahead of its time when it was introduced.  Its Achille’s heel was its engines, they were unable to last more than a few hours before internal parts started melting. This plane could have been a deciding factor in the air war but was unable to be produced in mass quantity due to many factors including Hitler’s insistence that it be made as a dive-bomber The Allies’ relentless bombing campaign ultimately caused a lack of pilots and fuel.

This is a high-speed model, capable of speeds of 80mph and more. It has a doubled fuselage and an advanced folded wing design (similar to the Rabid Models Combat Komet) which includes dual Carbon-Fiber Spars and CF for the fin (the CF parts are included with the kit).  In order for the model to perform correctly the two wing halves need to be carefully built so they are as identical as possible, with built-in washout. As a result this model requires advance building skill and is not for the beginner. We recommend that this can be your second or third RM plane.

This is a hand-cut kit (not laser-cut) and is produced to order. The kit includes the foam parts needed to build this model, along with a fully detailed construction manual and some accessories such as printable paper decals, carbon fiber and the Rabid Models pull-pull control system.  The model is not assembled or painted, so the customer needs to supply glue, paint, and other hobby tools, servos, motors, and electronics in order to put it together.

The twin motors are mounted on the rear of the engine nacelles. Instead of the regular 1300kV motors that we use on most of our other models, this plane was designed for the “Blue Monster” 1700kV motor with 6″ APC high-speed props. It can also be used with the “OMG” 3000kV motor and 4″ props but we don’t recommend that, since the tail can flutter at higher speeds. 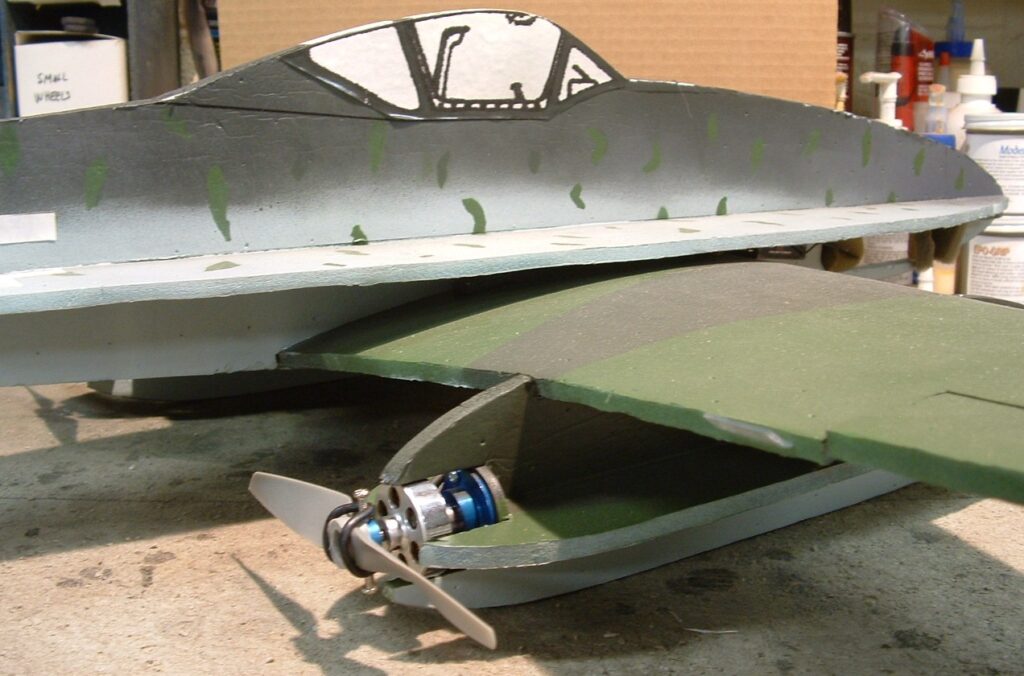 Here’s a picture showing the wing with it’s beautiful compound shape (cambered in the center, washout at the tips, and the folded-over leading edge. its not easy to make this! 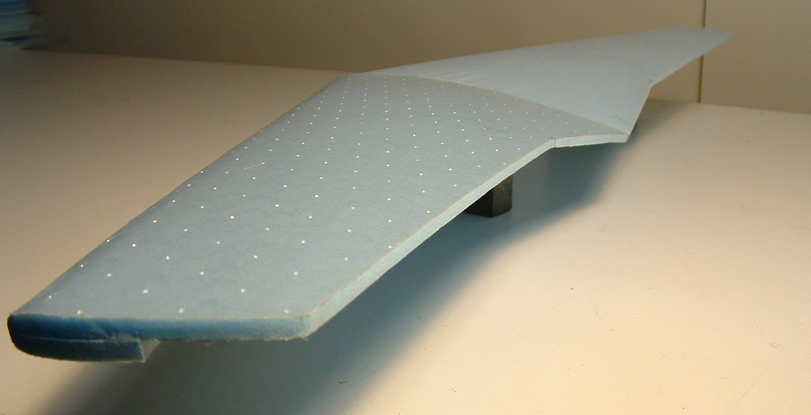 This site is under construction - thanks for your patience as we are in the process of adding products & accessories. The shipping charge is not set yet. If you'd like to place an order please use the CONTACT page. Dismiss