The Japanese Imperial Navy’s “Gekko” was a twin-engined fighter that mainly fought against the American B-29 Superfortress. It was armed with up to three upward-firing 20mm cannon. It had a crude radar which reportedly didn’t work well.  The Rabid Models version is the J1N1-S, the night fighter.  (the radar antenna decoration isn’t included with the kit).   The Allied code name for this plane was the “Irvine”.

There is one example in existence, CLICK HERE to see it at the Udvar-Hazy museum in Washington DC.

This is a hand-cut kit and is made to order. The kit includes the foam parts needed to build this model, along with a fully detailed construction manual and some accessories such as carbon fiber and the pull-pull control system.  The manual includes some additional files for making markings and really cool detailed paper cockpit decals in several versions, exactly like you see in the picture below.

The model is not assembled or painted, so the customer needs to supply glue, paint, and other hobby tools, servos, motors, and electronics in order to put it together. This model is designed for two 1300kv/1oz size brushless motors and 3-bladed 9×7 propellers (not included but available separately).

This video is of the very first flight, before I installed the landing gear on the prototype, and features a midair collision!  This is a fairly large foamie and it didn’t suffer any damage (For protection the prototype had optional 1mm carbon-fiber rods installed on the leading edge of the wing). The wing on this plane is designed for slow flight, as the full-size plane was not particularly fast.   As a result, the model is very easy to fly.

Spinners are not included with this kit (but Rabid Models offers custom 3-D printed spinners which are available separately, CLICK HERE to see this item. 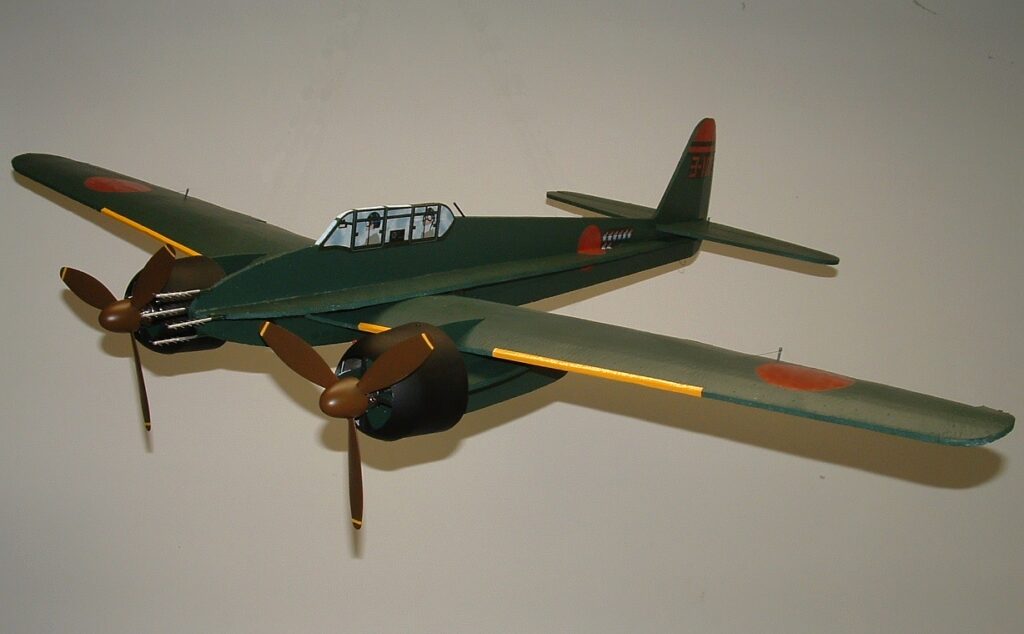 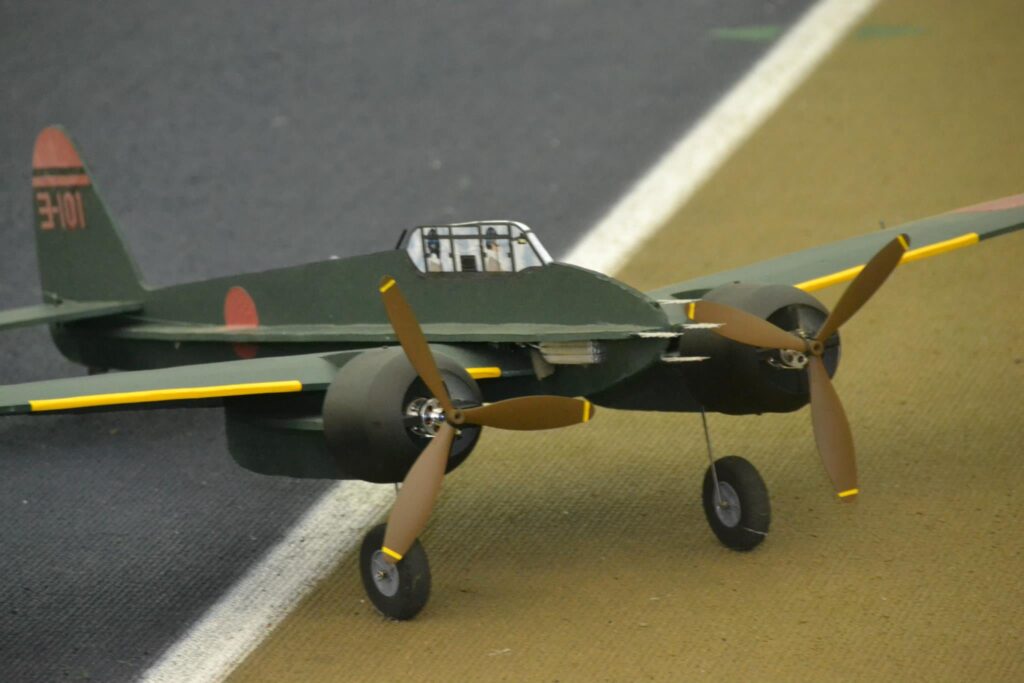